The Woman Who Was Buried in Her Car

Perhaps no story from 1970s San Antonio captured the city's attention more than the burial of Beverly Hills Socialite Sandra West. After passing in 1977 due to a drug overdose, she was buried in her family plot in San Antonio's Masonic Cemetery in the city's vast complex of eastside cemeteries.  The usual circumstance surrounding the funeral, West wanted to be buried in her car.

West was buried in her favorite lace neglige in a reclining position in the 1964 powder blue Ferrari 330 America. The entire vehicle was sealed in a box then covered with cement to prevent vandals from attempting to steal the car.

Over 300 onlookers came the day of the actual burial, with noted local funeral director Porter Loring saying "his is the most unusual funeral I've ever handled. It's been a tough battle trying to keep this as unsensational as possible." Oddly, only a small tombstone marks the spot of the gravesite. 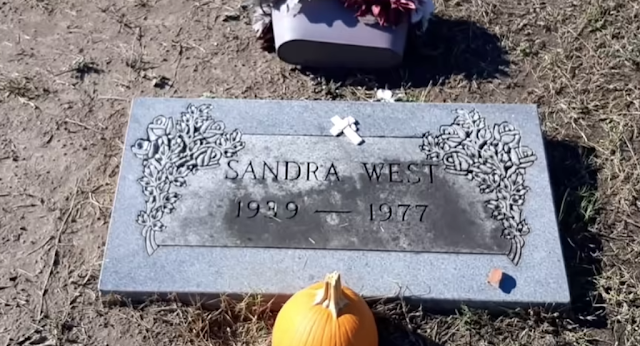 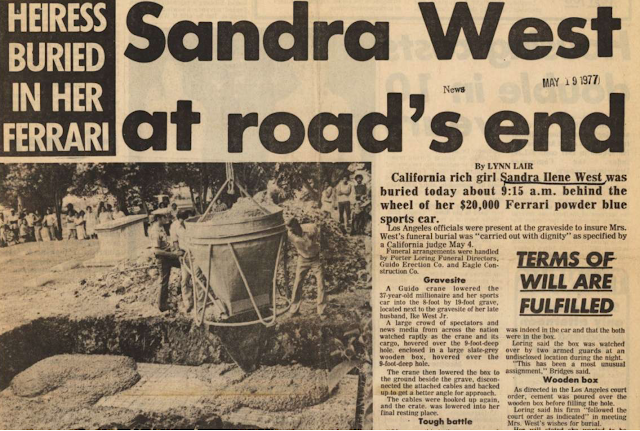